Samantha Bisset first set foot in SA Water’s head office for a 20-minute job interview. The young engineer had been through a number of online steps in her application for the state-owned utility’s graduate recruitment program but had never been to the office in Adelaide’s central Victoria Square.

“It was quite a high space, quite large and very impressive,” Bisset recalls. “It looked very professional. I could see myself working there. There was a cafe downstairs and I thought that would be handy. I was quite nervous, going into my first interview, but the space was quite . . . it was appealing.”

Three years later and no longer a graduate recruit, Bisset, who now plays a senior role assessing performance of the water supplier’s pumps, says the building’s design continues to make the job easier.

“The open-space environment does provide ideal conditions to learn from more experienced employees,” she says. “You can go straight up and ask questions. You can observe how they work.” 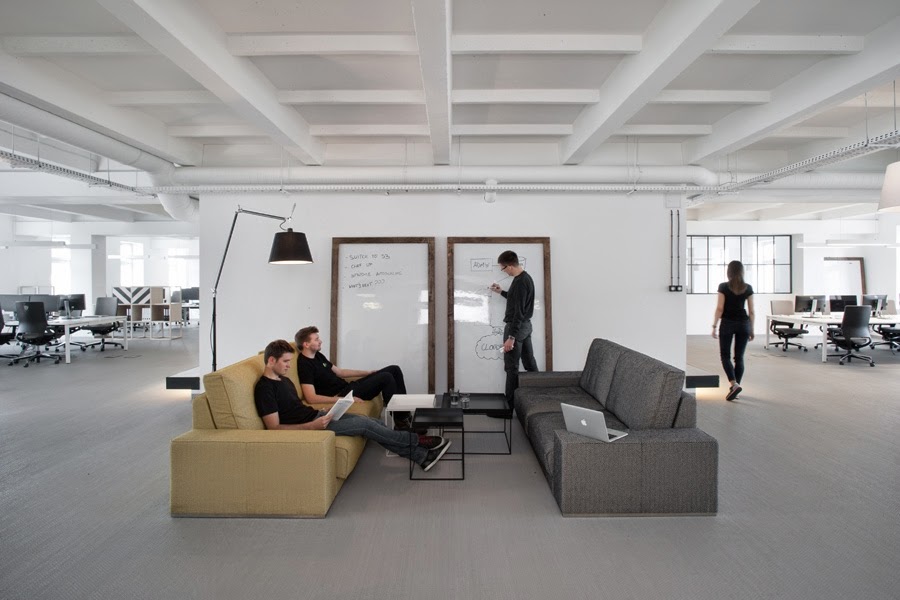 Welcome to the new world of work, in which recruitment strategies (to attract and retain the best staff) and productivity strategies (to encourage innovation and the most efficient ways of working) overlap.

In SA Water’s case, the new building completed in 2008 was part of a deliberate move to change the organisation’s culture and way of working. It has worked. Not only have graduate applications increased to more than 400 a year from 20, but employee turnover has reduced, sick leave has fallen from an average seven days a year to six and graduate, trainee and apprentice retention has risen to 91 per cent from 81 per cent.

What the numbers say

Nor is the experience of SA Water unique. New research by architecture and design firm Hassell, designers of the Adelaide building, shows that good physical design and an appealing culture in a workplace can prove such a draw for some employees that they can even offset a smaller pay packet. The extent varies by occupation, level of seniority and even location, but the implication for employers is clear: workplace costs, which account for about 15 per cent of an employers’ costs in contrast to salaries, which make up 85 per cent, can have a disproportionately large effect when it comes to attracting and retaining staff.

“As the economy moves into more of a growth cycle, it goes very quickly back into a fight for the best people and any advantage you can get is critical,” says Hassell principal Steve Coster.

The findings of the survey of 1000 workers from different industries, by Hassell and research company Empirica, show that providing useful workplace facilities doubles the attraction of an employer to candidates. Extras such as gyms, childcare and outdoor spaces are the most effective way of increasing a workplace’s appeal.

There are limits, of course. Salary and benefits, not surprisingly, are the single largest influence on whether someone takes a job. And then there is the job itself. At SA Water, Bisset says, the main attraction for her was the work itself and career opportunities within the organisation. But she likes the layout, with working areas clustered around central kitchen hubs and a range of spaces to sit, eat and talk. Some of her colleagues cycle to work, using the showers and lockers in the basement. A well-being group offers opportunities to go walking in the nearby parklands at lunchtime.

“The key thing was the work and opportunities for both personal and career development . . . but now that I’m there, I quite enjoy it,” she says.

Employers need to know that work and employment cultures have changed irrevocably from the past and will continue to change. The once-normal job for life has been pushed aside in many industries and new employment relationships, whether part-time, casual or something else, are forming all the time. In the brave new world of employment, the physical environment of the office needs to reflect the relationship with its workers.

This doesn’t automatically mean a move to activity-based working, in which no one has their own allocated desk. Bisset, for one, has her own desk, as do most workers at SA Water. The evolution of workplaces is taking place at difference speeds and tailoring the office environment means different things in different industries. But whatever the details, good design can make organisations more productive.

“We all work quite closely together,” Bisset says. “It’s easy to get to other levels and find someone in another team. It’s a lot more efficient going and speaking to someone face-to-face, rather than making a phone call.”

Thinking about workplace design in Australia got a kick-start at the turn of the century with MLC’s North Sydney office, when the insurance company used a change in the physical environment to help transform its traditional and hierarchical culture into a progressive wealth-management business.

Hassell’s research quantifies for the first time what has been anecdotally observed since then.

For young IT workers (perhaps unsurprisingly), having communal games such as table-tennis is more important than it is for lawyers.

“[For software engineers] there’s a different value placed on things like free food in the kitchen and table-tennis tables because that expresses something about what they want to be. Whereas if you’re trying to attract the best young solicitors in the high-end corporate law firms, the reflection of career progress and an ability to concentrate on an individual task might be valued more highly than a table-tennis table in the cafeteria,” Coster says.

Similarly, the perceived importance of different facilities varies by gender. Men were more likely to be influenced by having extra facilities at work than women, who tend to bear the brunt of family responsibilities, Coster says.

“They’ve got less discretionary time in the office, given all other demands on women trying to work as well, generally speaking,” he says.

But while the triggers vary across individual industries and even between employees, the research makes a point (with which Bisset’s bosses at SA Water would no doubt agree) that in the competitiveness game, workplace design and thinking matters. It matters for the staff, whose skills are put to use, and it matters for the employers who want to attract and retain them.

“Because salary is such a disproportionate part of any cost, anything you can find that offsets the need to pay people more is potentially extremely valuable,” Coster says.