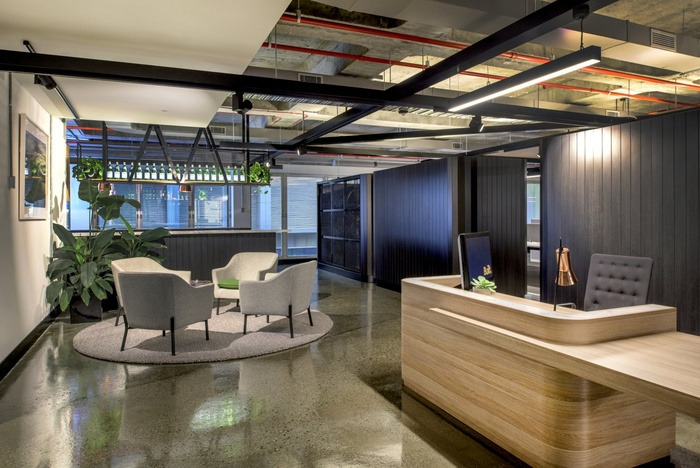 According to Woods Bagot’s design lead in Perth, Eva Sue, the new office fit-out was designed to reflect the company culture, represent its core business and support operational expansion within the Perth construction market.

The office is situated right in the heart of St Georges Terrace in the Perth CBD. As Eva Sue explains, a strong directional design approach by Woods Bagot helped to bridge hospitality and workplace design, to deliver a unique space with a key emphasis on user experience.

“The design process began by stripping out the early 90s office fit-out which had been inherited with the lease. Exploratory demolition exposed a distinct concrete waffle slab behind the discoloured ceiling tiles and fluoro lights,” says Sue.

This inspired the design story, which saw the exposed soffit become the focal point of the design. The result is an architecturally detailed balance between industrial, raw and refined.

The office also includes bicycle storage, a generous open kitchen and a bar for in-house staff and client entertaining. 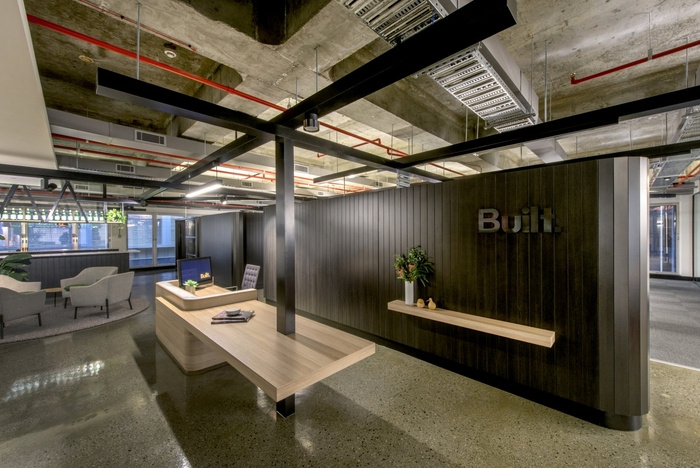 As Sue explains, Built depicts a new standard of office design being seen across Australia.

“The project is anything but a ‘typical office environment’. The design and detailing of bespoke joinery and the selection of furniture and finishes create a hospitable residential feel, whilst the exposed concrete soffit, specialist lighting design and suspended ceiling framework adds a gallery-like drama which is complemented by a large scale painting by local WA artist David Spencer.”

In Adelaide, the new Built office embodies a brand with aspirations to become a major player in the Adelaide construction industry, according to Woods Bagot design leader Keith Dougal.

Built’s new home in Adelaide, at 2 King William Street, is within an iconic heritage building tastefully refurbished to capitalise on its strategic position. The building stands proudly at the gateway to the CBD on the corner of the city’s commercial spine and Adelaide’s cultural boulevard North Terrace.

The planning arrangement has been developed to capture arrival views over Adelaide Oval, Government House, St Peter’s Cathedral and leafy North Adelaide. It was important to ensure these iconic Adelaide landmarks were showcased in the office. 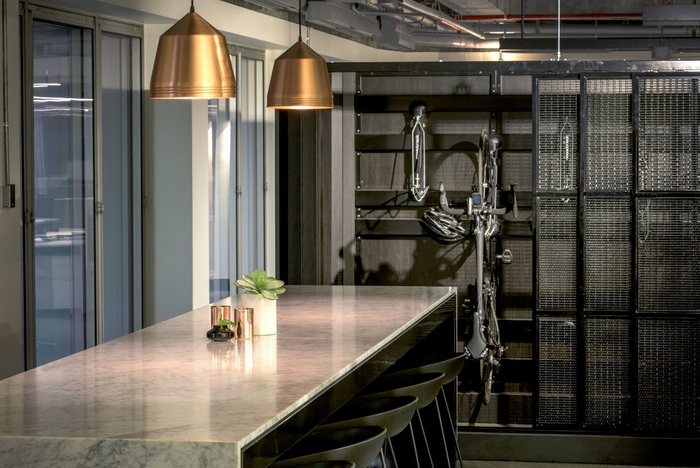 “Built’s focus on delivering quality projects through rigorous process and a high level of workmanship were key influences in developing the design,” says Dougal. “The client’s attention to detail and pride of product has been translated through their new premises.

“A consistent visual thread between the two workplace projects in Perth and Adelaide influenced material and furniture selections.”

According to Dougal, the modest floor plate of the Adelaide fit-out dictated a careful approach to layout and function.

“Blending reception, meeting, boardroom and staff breakout areas affords Built flexibility of space depending on the function,” he explains. “Operating as an efficient office by day, the space has the ability to transform into a welcoming area for business development and entertaining after hours.”

Exposing the existing ceiling structure in the arrival space revealed an intricate rhythm of beams and bracing. This provided additional height to the space and added texture and depth which contrasted with the simple, elegant material palette at eye level. 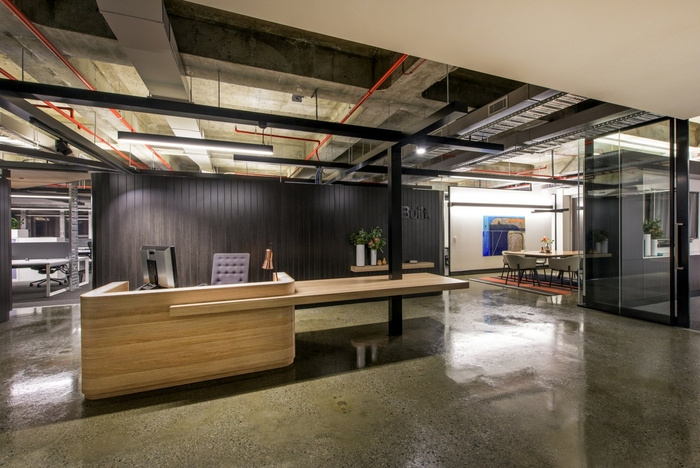 The industrial feel of the ceiling is complemented by using steel framed glazing channels in lieu of the standard aluminum.

“It was clearly in great hands when we commissioned Woods Bagot to design our new workspace at Adelaide’s iconic 2 King William Street address,” says Walker. “Our blank canvas was a tricky L-shape tenancy with captivating views over North Adelaide. Woods Bagot worked collaboratively with us to transform the space into our new home.”