My office is probably classed as medium-sized as I have somewhere between fifteen and twenty employees depending on the time of year. I often have to hold meetings with clients who come to visit, but I’ve always struggled to find the space in the past. Everyone works in the same room, and so there is always a lot of noise from employees who have to make and receive telephone calls throughout the day. After speaking to some associates, I discovered the Motion Canopy from Motion Office a couple of months ago, and I have to say it’s probably the best solution I could have found.

Not only does the Motion Canopy provide me with enough comfortable seating to hold meetings, but it also helps to remove some of the background noise that caused so much disturbance in the past. Also, the seats face outwards, and so anyone who comes for a chat gets to see my team in action during the conversation. It’s only a personal belief, but I think that helps new clients to get a better feel for the operation and see how hard my employees strive every day. 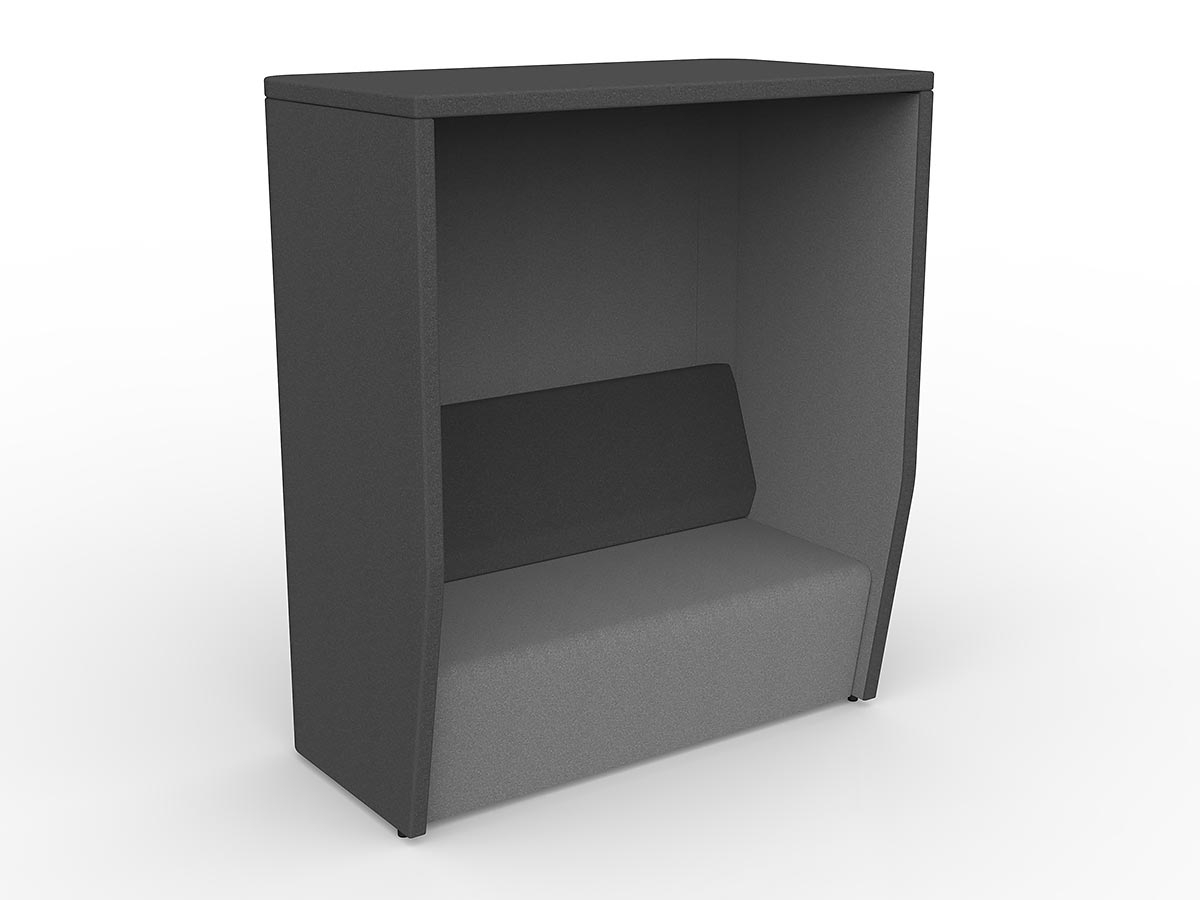 Most of the time, I just pull a small desk up to the Canopy so I can use my laptop or tablet during client meetings. However, I have to admit that sometimes I just sit down there when I get a spare moment to let my feet relax. As the enclosure comes with a roof, it’s difficult for people working in my office to eavesdrop on the conversations I have, and that’s a bonus because sometimes subjects come up that I’d rather not discuss openly with workers at the time.

There are four different fabric choices to make during the ordering process, and that’s fantastic because it means the Canopy will blend well into any scheme business owners might use in their workspaces. Anyone can choose from a range of various styles for the exterior, interior, seating, and cushion. That is something I didn’t find when checking out some of the interior products made by other manufacturers overseas. Indeed, I did try a couple of other brands before settling on Motion Office, and I have absolutely no regrets about that. If nothing else, trying the other items just helped to reinforce the advantages encountered when selecting this superior design.

If I had to give the Motion Canopy a rating out of ten, I’d say it gets a definite nine from my team and me. I’m even thinking of investing in another unit for my reception area during the next couple of months as I think visitors might benefit from being able to check their emails or undertake some small tasks while they’re waiting for appointments. I’ve also considered getting a version of the Canopy for trade shows and other events I might attend during the year. Those places often get loud, and so being able to sit down with attendees who show interest and get some privacy seems like a major plus point.

Are there any disadvantages or cons? Well, I haven’t found any yet.