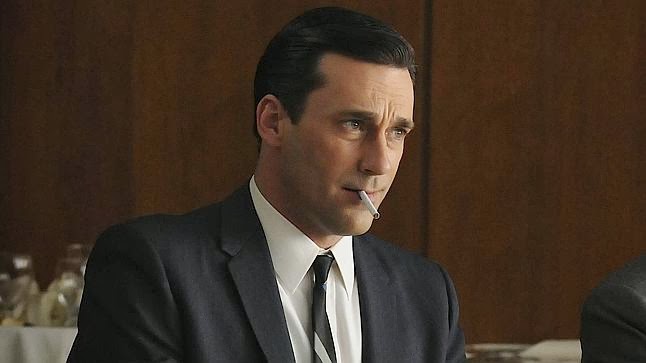 Which is worse: office life now or 50 years ago? When this question was put to me last week by a TV researcher I didn’t need to think for more than two seconds before producing an answer. Obviously, it is worse now.

We have no job security. We work unbearably long hours. Competition has destroyed the collegiate spirit: every man is for himself. We only turn off when asleep and are still checking emails with one hand as we clean our teeth with the other. The result is stress, exhaustion and alienation.

Reflecting on my answer later that day I realised I had been talking through my hat. To complain that everything is going to the dogs is populist nonsense. Working life in 2014 is not worse than it was in 1964: for privileged professionals at least, it is better than it has ever been. If we don’t feel happy at work, we jolly well ought to – on at least nine separate scores.

For a start, in 1964 I wouldn’t have had a professional job at all, due to being a woman. Working life for half the educated population has improved immeasurably. For the other half, it has also got better as most men (a few bigots aside) surely find that having women around makes things if not more ­civilised, then anyway more varied.

Second, office jobs have got less boring. All routine tasks are done by semiconductors; business is changing so fast that only the witless can find it dull. In the UK, jobs in the relatively interesting creative industries are growing faster than duller jobs in finance. And who can be bored when we have the entire internet in our pockets to keep us amused in the odd dull moment?

Third, office life is getting more equal – even if not quite as equal as companies would have you believe. There is less tugging of forelocks; underlings who have ideas are no longer positively discouraged from expressing them.

Behaviour in offices has also changed for the better. It is not true that more competition means more nastiness: indeed, the most unpleasant places to work are top universities where tenured professors are vile, not through too much competition but through too little. The law of averages dictates that there will always be a few misanthropes around the office water cooler, but they have a rougher time of it now than they used to. Gratuitous beastliness is out of fashion – bullying, homophobia, sexism and racism are not only frowned on, they are mostly illegal.

The fifth improvement is that we no longer (in the UK at least) have so many amateurs and incompetents ordering us around. When I joined the workforce in the City of London in the early 1980s, a significant minority of fellow bankers were dullards and alcoholics. In the past couple of decades the UK has raised it game and the quality of management is much higher.

Sixth, the trappings of office life have never been so good. Buildings are bright and light. Chairs are comfortable. The man sitting next to you doesn’t puff his way through 40 Rothmans every day. And close to hand are cappuccinos, and chorizo and rocket sandwiches – unthinkable delicacies compared with the Nescafé from a machine and bangers and powdered mash in the canteen.

Even the commute is better. In London the Underground works better than it used to, so you can generally get to work without getting stuck in a tunnel. Better still, you don’t have to travel at the busiest time but can catch up on emails at home before sauntering in later.

This flexibility that technology has given us is the biggest improvement of all. Yet the change is so fundamental it is easy to forget how bad life was without it.

Otherwise, it is true that job security has gone and there are no more jobs for life. Yet this too seems a debatable drawback: who wants a job for life when life is so long?

There are only two aspects of modern offices that I struggle to present as improvements. First is workplace stress, from which eight out of 10 US office workers claim to suffer. Yet as this was barely invented in the 1960s, it is hard to make a comparison. It is just possible that people then found work tiring and frustrating but didn’t make a song and dance about it.

The second indisputable ill of modern office life is that we never turn off and insist on sending emails at 11pm, which is inefficient, unhealthy and usually quite unnecessary. If you are a heart surgeon, you need to be on call all night in case someone goes into cardiac arrest but the rest of us do not. And if we can’t bring ourselves to turn off our dratted devices at home, it seems a bit feeble to blame office life for that.