The nexus between personal interactions, performance and innovation is the new mantra of work space design for the captains of Silicon Valley: Google has a new campus designed to maximise chance encounters among employees; Facebook will soon be placing several thousand employees in a single room a mile long; Samsung has unveiled plans for new headquarters with vast, carefully placed outdoor areas intended to encourage engineers and salespeople to mingle in these public spaces.

According to a recent article in The Harvard Business Review, new performance data collected from thousands of workspaces suggests that face-to-face interactions are far and away the most important activity in any office space. Why? Because these chance encounters and unplanned interactions between knowledge workers has been shown to improve performance. 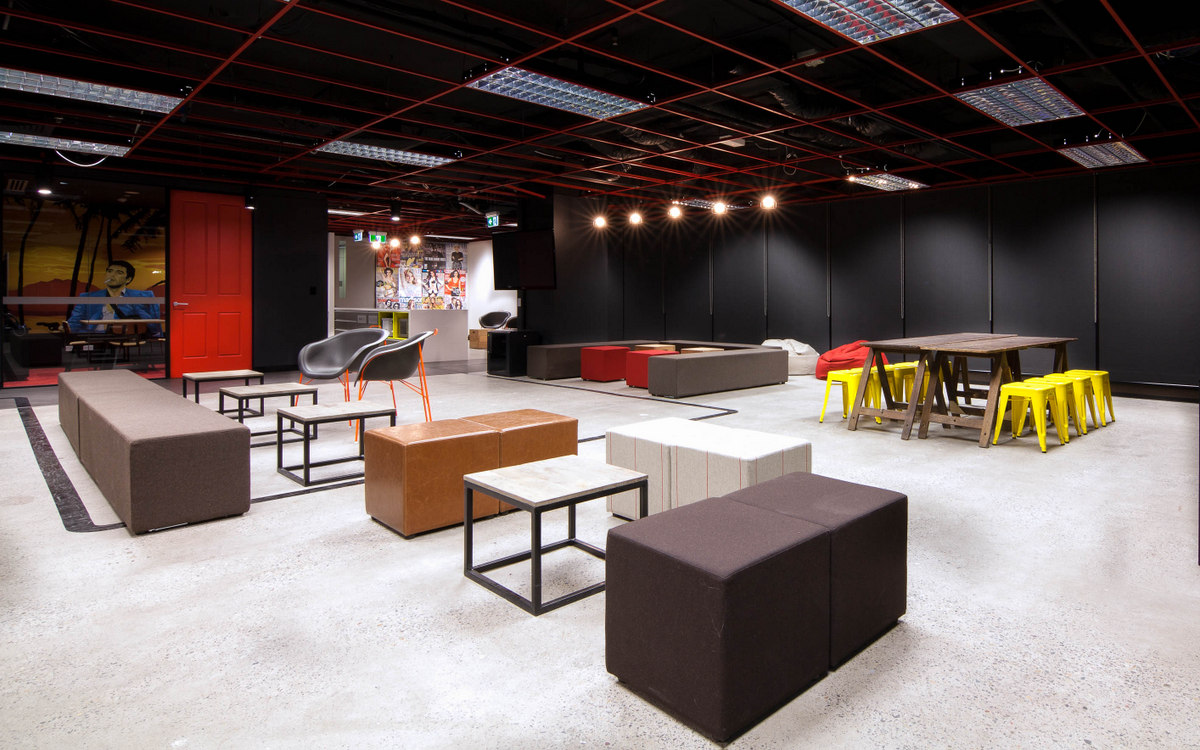 Flexible, mobile furniture in breakout/casual areas allow for a range of casual interactions to occur, from private conversations between two people to impromptu group discussions.

For the design of The Engine Group’s London offices, for example, Jump Studios used a range of different flexible arrangements to encourage interaction and collaboration. In one of these, Innovation Lab Two, four red Waltzers (large, swivelling seating units) spin around to form different arrrangements for brainstorming sessions and workshops.

With the Waltzers rotated to face the four corners of the room, four smaller groups can work individually at one time with a high degree of privacy. Spin the Waltzers to face each other and the space is transformed to enable open discussions and presentations. 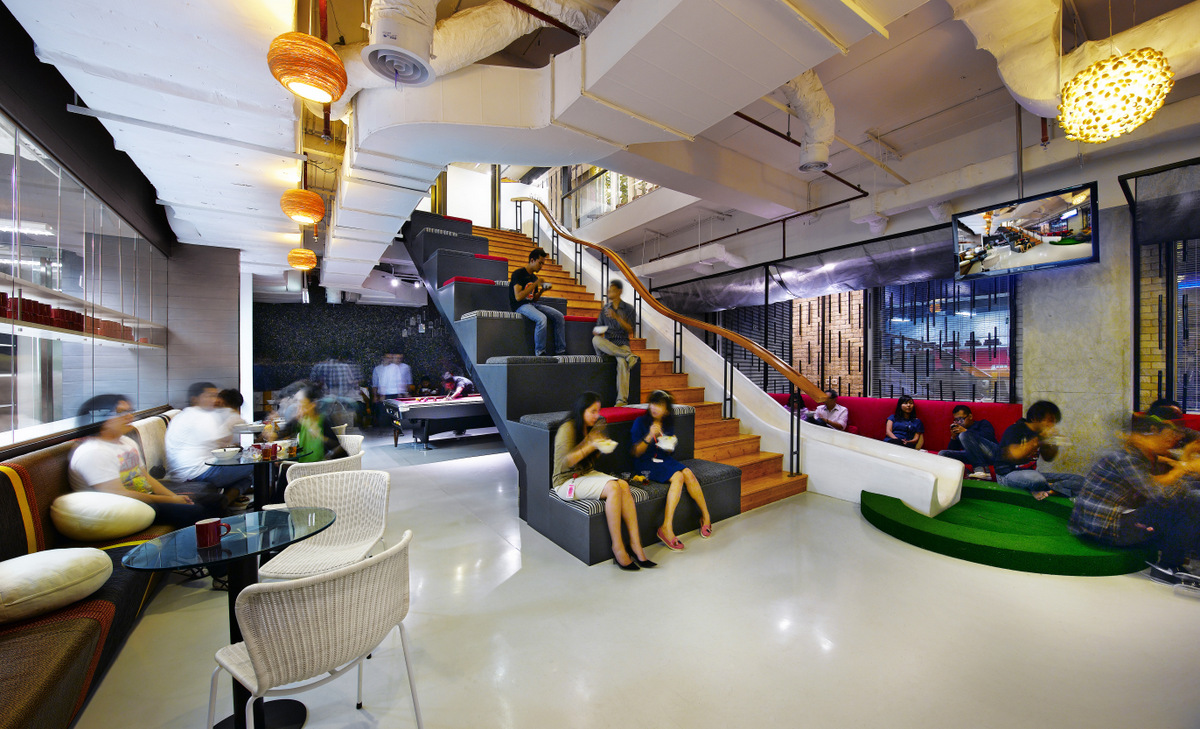 A hot new introduction to office spaces around the globe is the tiered seating area. These stepped areas use less space than traditional presentation areas with rows of chairs and give all participants a better view, provide opportunities for eye-catching design ideas, can provide a non-traditional area for conversation and can even provide additional hidden storage in the steps.

Located in one of Sweden’s most energy-efficient office buildings, the new offices for Vattenfall were designed to unite 2000 odd employees previously housed in three separate office locations.

The company’s vision was for the offices to act as a campus promoting natural interactions and enabling cross-generational skill transfers. All employees have their own individual workstation, but designers Tengbom have also included over 2000 alternative seating areas for meetings, work and relaxation. Cafes, with furniture groups that encourage people to pause, chat and interact informally, are located on every floor.

Here’s a peak at some of our favourite step-by-step tiered seating ideas from around the globe. 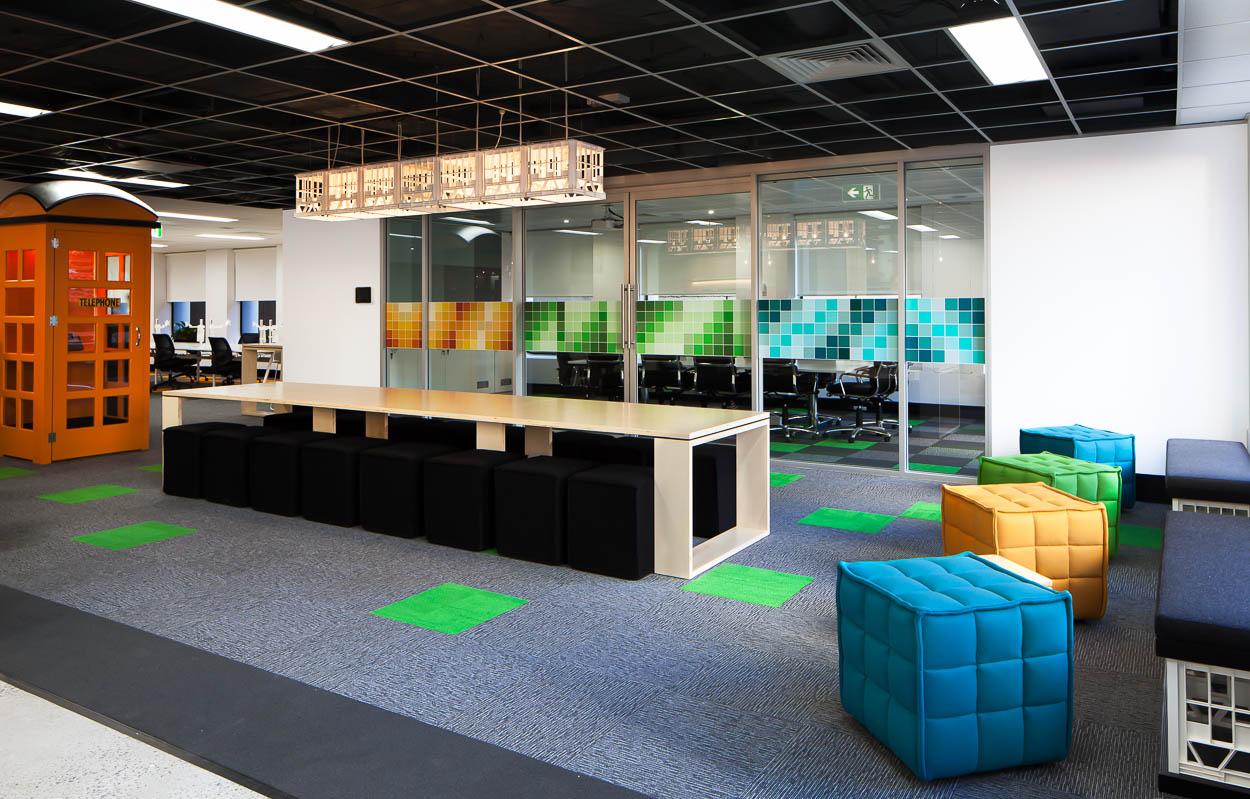 Automattic, the parent company of WordPress, is run primarily as a virtual company. The company’s new office space in San Francisco is a large warehouse designed to accommodate core personnel of around 15 to 20 people but to transform when required to comfortably accommodate a few hundred coders for special programs or events.

Designed by Baran Studio Architecture, the former martial arts studio has been left as a large, open space with mostly mobile furniture on castors that can be rearranged at will, with a plywood wall winding throughout. At the entry, the wall acts as shelving and screens the front desk for privacy. At the restrooms, it shields people coming in and out from having all eyes in the warehouse on them. In the kitchen and café area, the wall creates a more intimate, enclosed space. 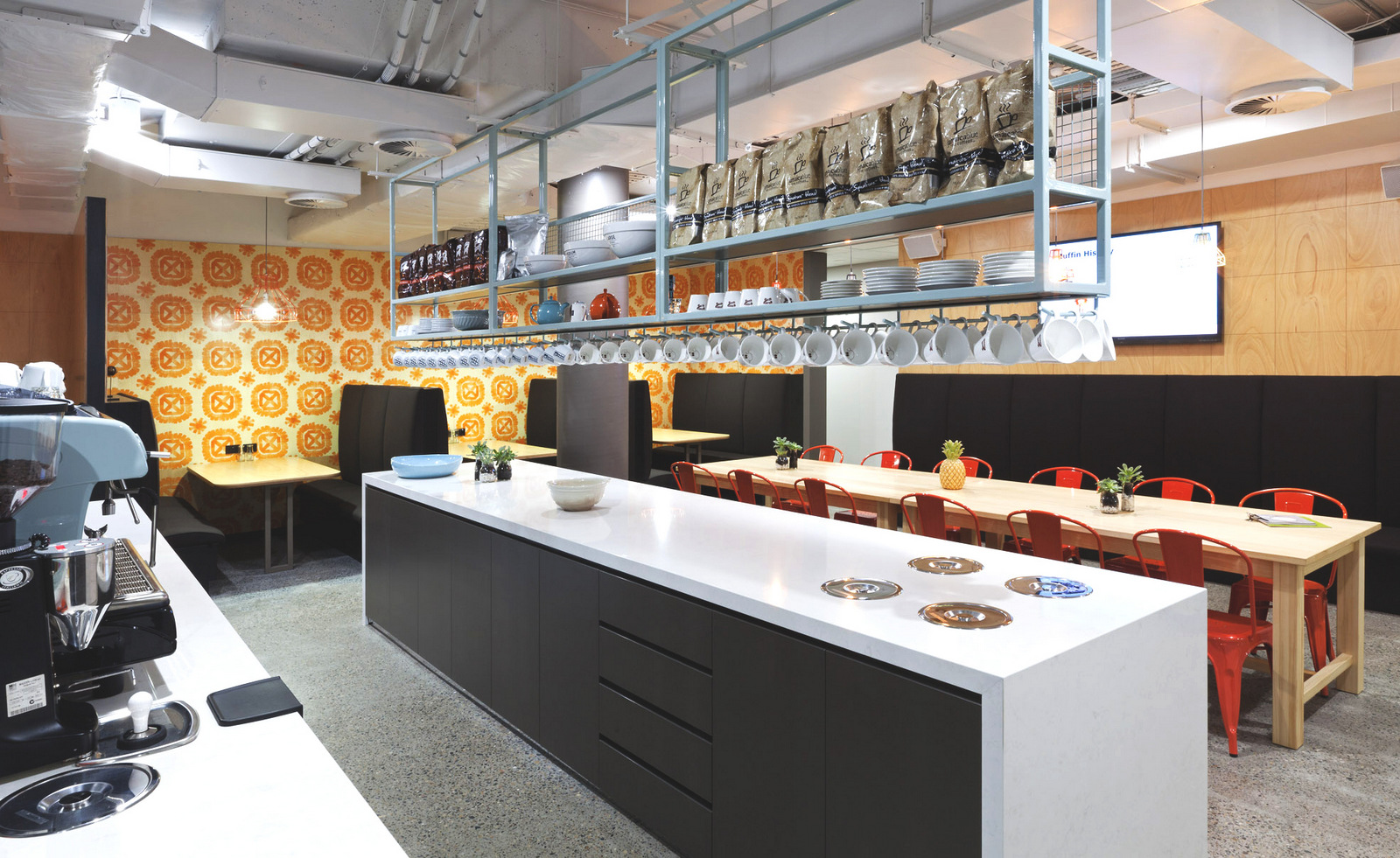 Of course, nothing attracts people to come together and interact more than good food and coffee. In-house kitchen and cafeteria areas with all the atmosphere and goodies that used to be confined to favourite local cafes are now a firmly embedded element of workspace design, especially in industrial zones where popping out for lunch or a quick coffee would otherwise mean taking a drive.